Report of the Exhibition “The Magnificent Nature”
Russia 2012

In October 2012, together with Toshiji Fukuda, photographer, we held an exhibition aiming to contribute to the natural conservation and the cultural exchange between Russia and Japan.

◆ The largest work, TSUNAMI, in ink-and-wash that measured over 2 meters high and 5 meters wide was exhibited in the hall along with one of my serial essays in NIIGATA NIPPO newspaper on a sense of awe to the nature translated to Russian. As the Great East Japan Earthquake still remained deep in Russian people’s memories, many of the visitors had comments on the work as well as on the essay in addition to the questions on the conditions of the disaster site.

◆ The materials for Nihonga such as raw stones to create IWAENOGU powders, animal glues, brushes and metal foil were also displayed with the painting works to show the paintings were made from natural materials which interested many visitors. Also, in order for the viewers to feel the actual texture of the Nihonga painting, some of the works were made available to touch the surfaces. One day an elderly woman who was visually-impaired was in the hall for the religious service, and her helper explained she could touch the painting, but she was reluctant somehow. Then, as a boy close to her took the hand of the lady and made her touch the painting. She was impressed and the boy smiled feeling content.

◆ The ceiling of the church was as high as 50 meters, and with the natural Northern light coming through the windows and with the large spotlights helped compliment the paintings. For the press preview day, 50 journalists/writers attended to learn about the theme of the exhibition as well as about the general understanding of the NIHONGA. Also, every day during the exhibition, students from different schools visited as part of their class lessons. 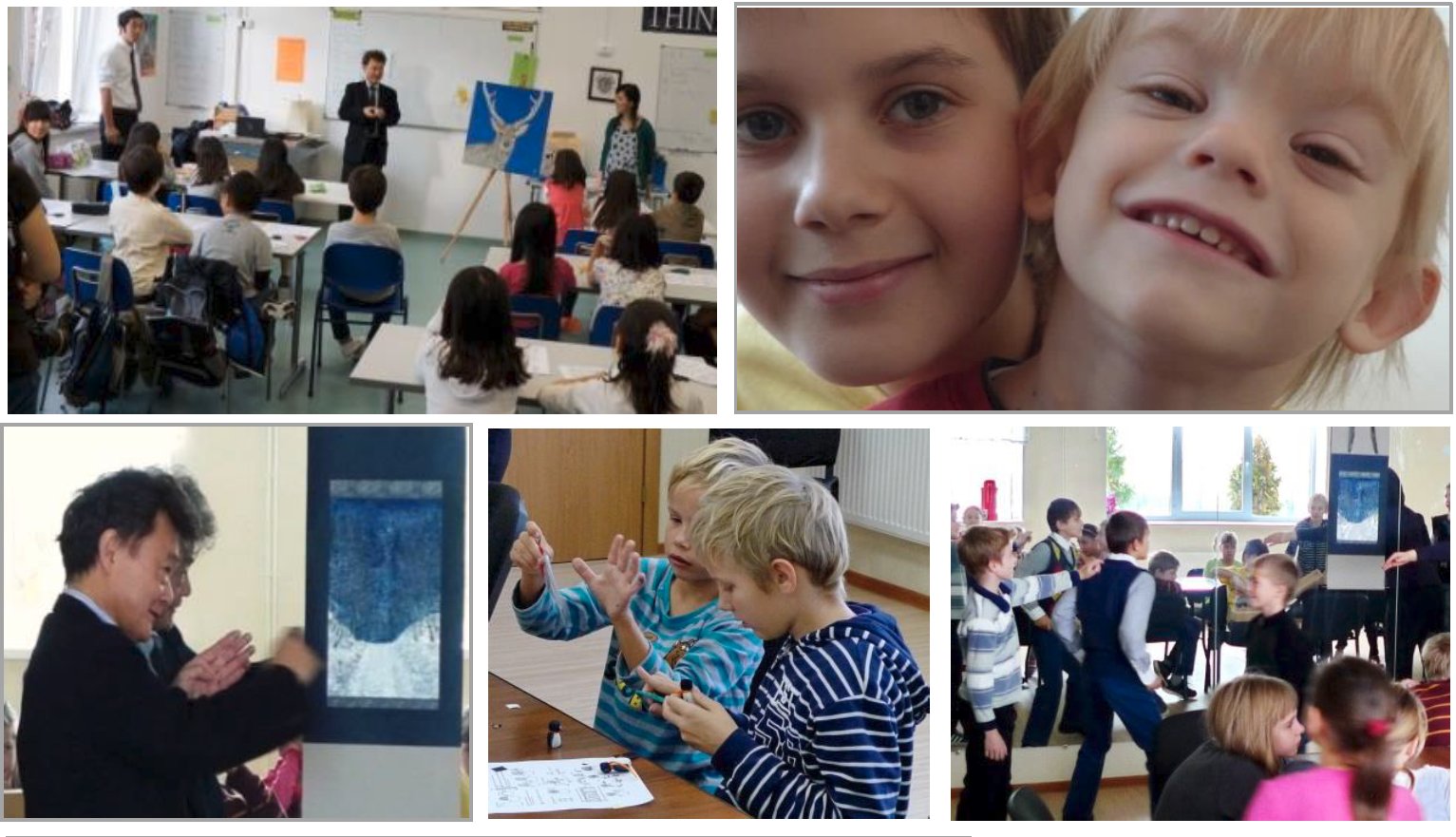 ◆ During my stay in St. Petersburg, Russia, I visited a Japanese class of the International School in St. Petersburg and an institute for children’s care, HOPE VILLAGE, which had been started as a new initiative, to give special art classes.

◆ Although the background varies, children without natural parents live together in HOPE VILLAGE. In the lesson, I explained the technique of my “Star in the Mountain Pass” which takes advantages of the Iwa-Enogu paint to transmit and inflect the light. Depending on where you stand to look at the painting, with the reflection of light, you can notice many stars are in the backdrop around the brightest star. In my explanation, I told the children the stars are signified as dreams, hopes and people. As one student said suddenly pointing at one of the stars “It’s me!”, one after another, the children followed saying “This is me!” Impressed by the expression of excitement on their faces, I felt grateful having the opportunity to meet them.

I received an Honorary Doctorate of Doctor of Philosophy from International University of Fundamental Studies in Russia, Oxford Educational Network (England) and University of California (U.S.A.) for the exhibition.

◆ Beyond the National Boundaries

It really was a great experience working together with people from different countries including Russia, Chechnya, Georgia, Iran, Nepal, Sri Lanka and different parts of Africa through almost two years from the preparation work to the completion of the exhibition. I was convinced that the art could help bridge the gap between different religions and ethnic consciousness that sometimes conflict each other. 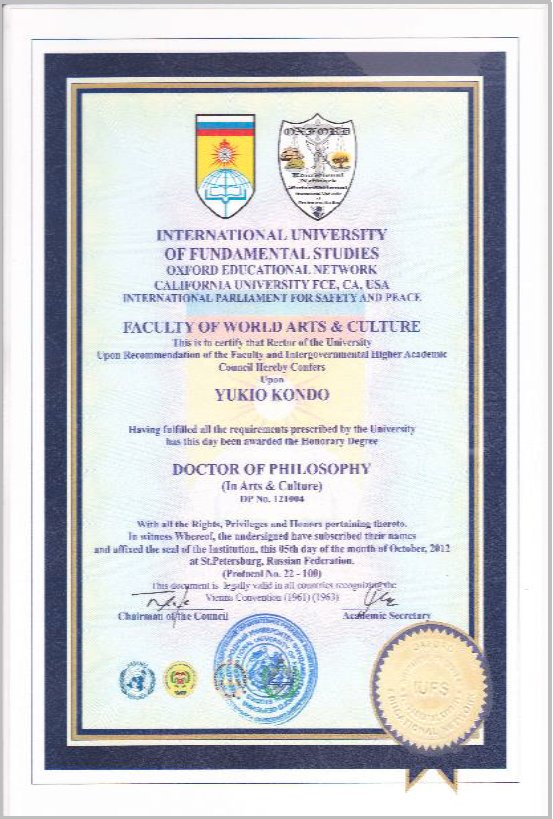 Lastly, but not the least, I would like to thank Mr. Sultan Abaev and his family members and friends who continued to support me since my first visit to Russia. I also would like to thank most warmly to all the friends and people who supported and visited the exhibition. 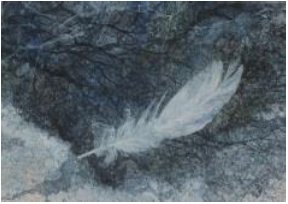